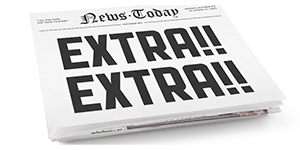 At IRUA’s Annual Meeting held virtually on April 13, 2021, the membership elected the following officers to a two-year term:

Following the Annual Meeting a “Panel Discussion” took place on the theme of “A New Decade – A New Vision” with panelists Jay Woods of Guy Carpenter; Lisa Borsuk of Aon; and Jeff Irvan of BMS Re. The moderator was Arlene Kern of Munich Re America who had just stepped down as IRUA Immediate Past President.